THE HUNT FOR KSM: Inside the Pursuit and Takedown of the Real 9/11 Mastermind, Khalid Sheikh Mohammed, co-authored by Josh Meyer

Named one of the best books of 2012 by both Washington Post and Kirkus Reviews! 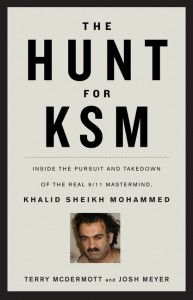 “The two authors of “The Hunt for KSM” have reconstructed an almost decade-long clandestine manhunt in exacting detail, an undeniably impressive feat of sleuthing.”
— The New York Times Book Review

“One of the most revealing dispatches yet from the war on terror.”
—Publishers Weekly

“Fabulous reporting and great storytelling make it one of the best thrillers I’ve ever read.”
–bestselling author Michael Connelly

“McDermott and Meyer have given us a fact-filled inside account, in the voices of those on the job.”
–Seymour Hersh of The New Yorker

“Reads like a real-life episode of the show ’24.’”
–bestselling author Jane Mayer

The definitive account of the decade-long pursuit and capture of Khalid Sheikh Mohammed.

Perfect Soldiers: The Hijackers – Who They Were, Why They Did It

“The definitive book on the nineteen men who brought such devastation and terror to this country. . . . A well-told, meticulously researched cautionary tale.” —Washington Post Book World 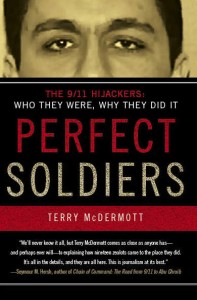 “Absorbing. . . . [A] richly textured narrative full of the sort of small, telling details that turn these men from faceless figures of evil into individuals.” —New York Times

“The success McDermott achieved in overcoming barriers is remarkable. “Perfect Soldiers” is one of the most insightful books published about what is now called 9/11.” – San Jose Mercury News

“Fascinating. Perfect Soldiers is a simultaneously passionate, compassionate, and dispassionate book that neither indicts Islam nor excuses the terrorists’ crimes but draws a chilling, clear, and cautionary map of the small, fateful steps with which ordinary men cross the dangerous line between faith and fanaticism.” —Francine Prose, O, The Oprah Magazine

101 Theory Drive: The Discovery of Memory 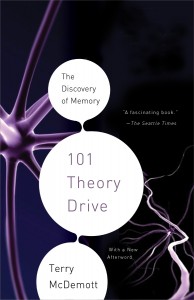 “McDermott is a total bad ass, and his writing is a high-wire balancing act of providing the perfect mix of candy and vegetables.” – Corduroy Books

“This is an engrossing story of science and the brilliant, flawed people who make it. ” – Publisher’s Weekly.

“101 Theory drive is a fun read about some fascinating neuroscience, and, even more importantly, provides a rare look into how science is really done.  Can’t wait to see the movie version.” —Len Mlodinow, author of The Drunkard’s Walk

“Showing considerable narrative skill and more than a dollop of wit, McDermott’s work ultimately looks past Lynch’s oversized ego and shows how one brilliant scientist’s discoveries may someday conquer dementia and Alzheimer’s.” – Booklist

“Lynch’s story might have been as exciting as a minivan in a suburban driveway. Instead, 101 Theory Drive is mostly a joy ride.” The Oregonian

“A stirring account of how important scientific research gets done.” – Kirkus Reviews

“101 Theory Drive offers an education in how science happens — the almost exploitative systems of work, the incestuously small and competitive community of scientists, the personal stakes involved in turning a hypothesis into a theory.” – Zocalo